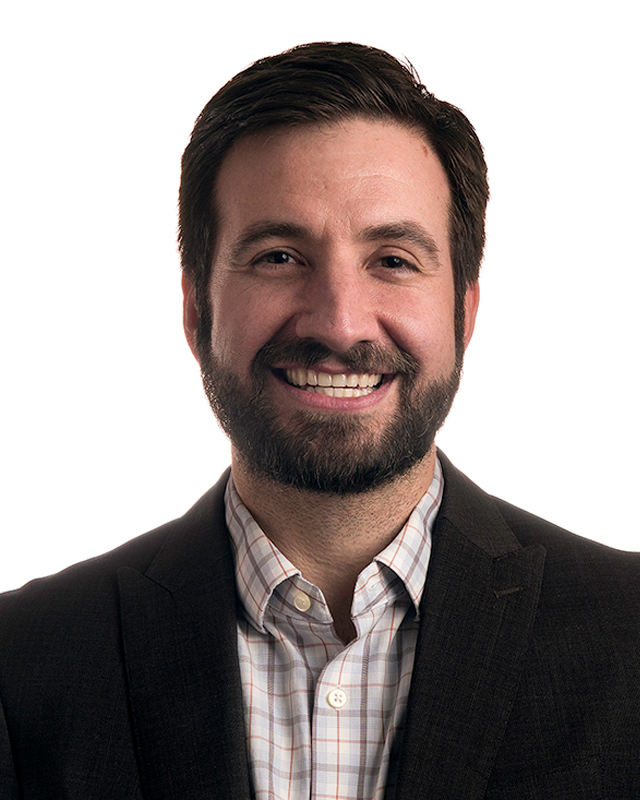 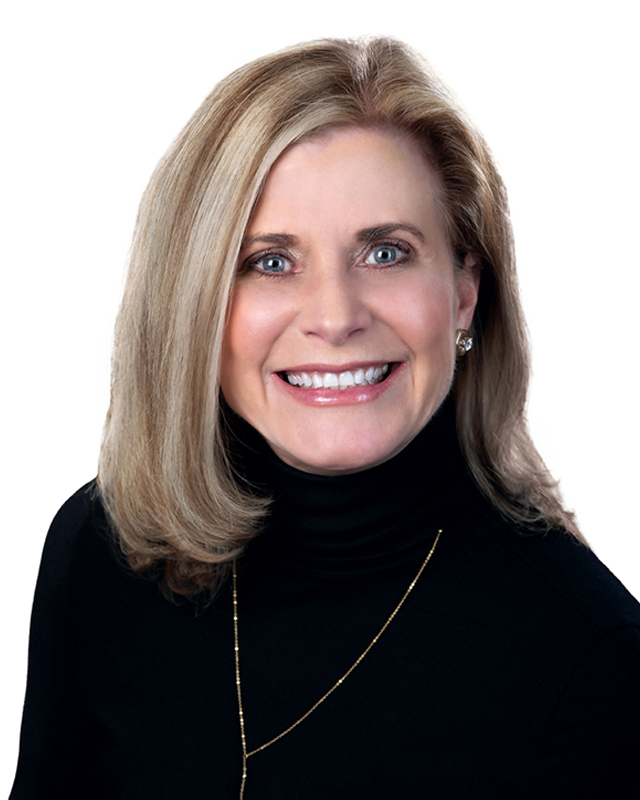 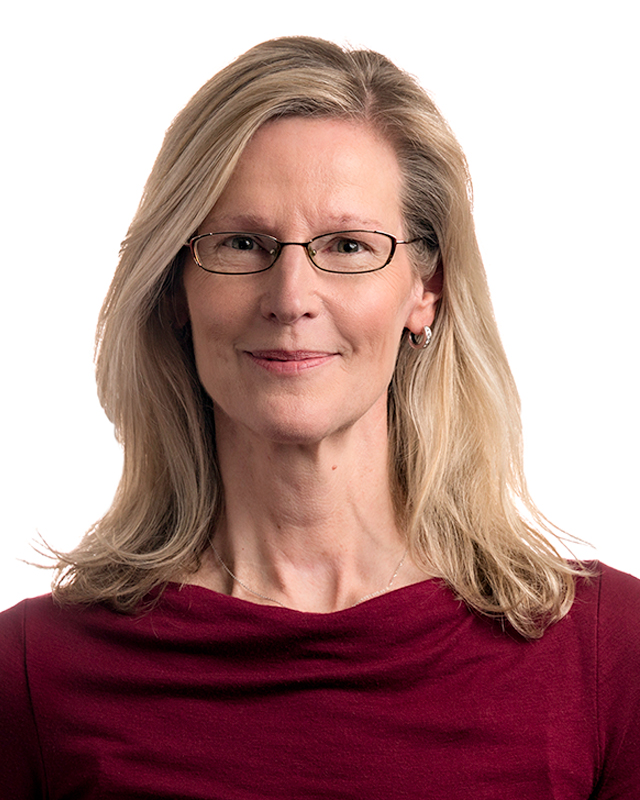 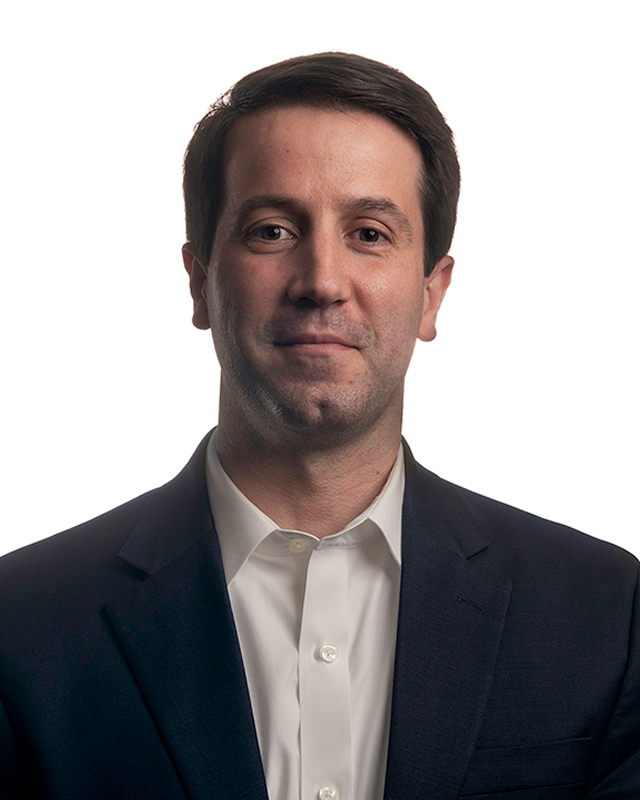 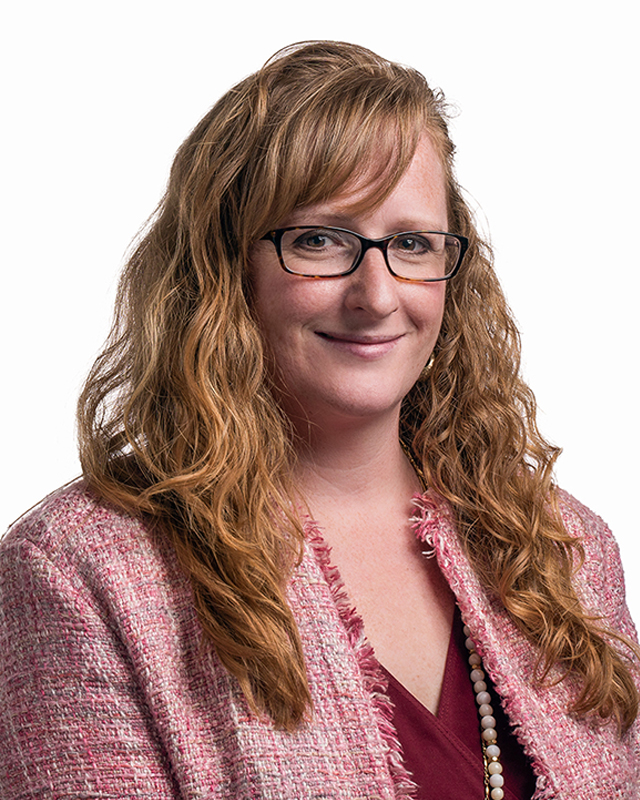 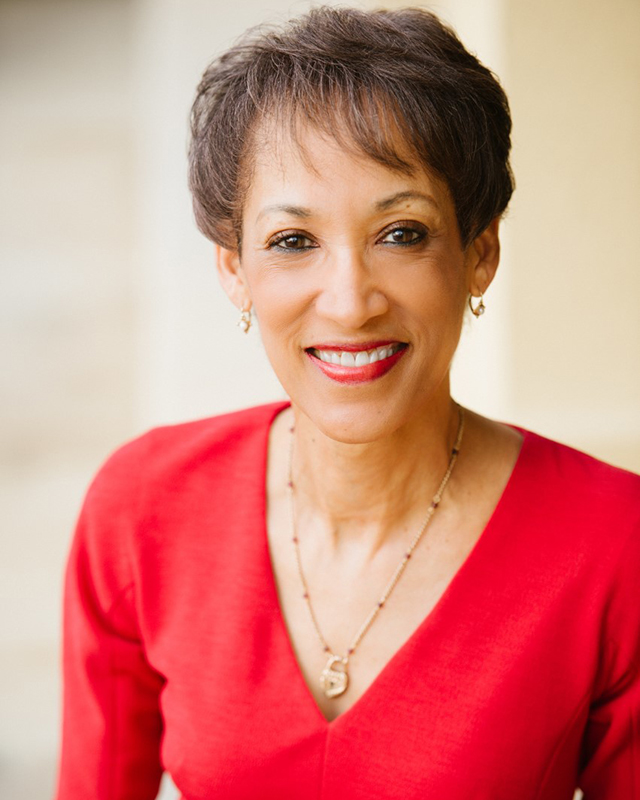 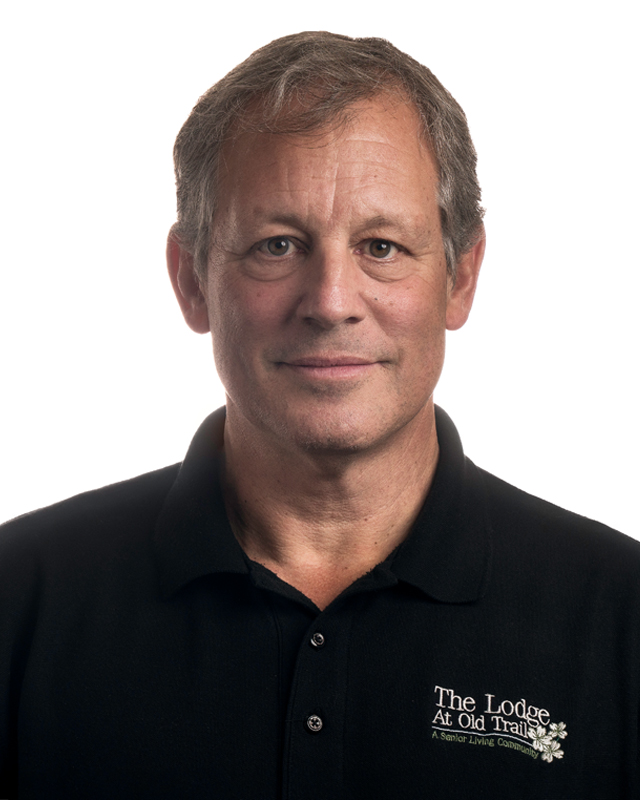 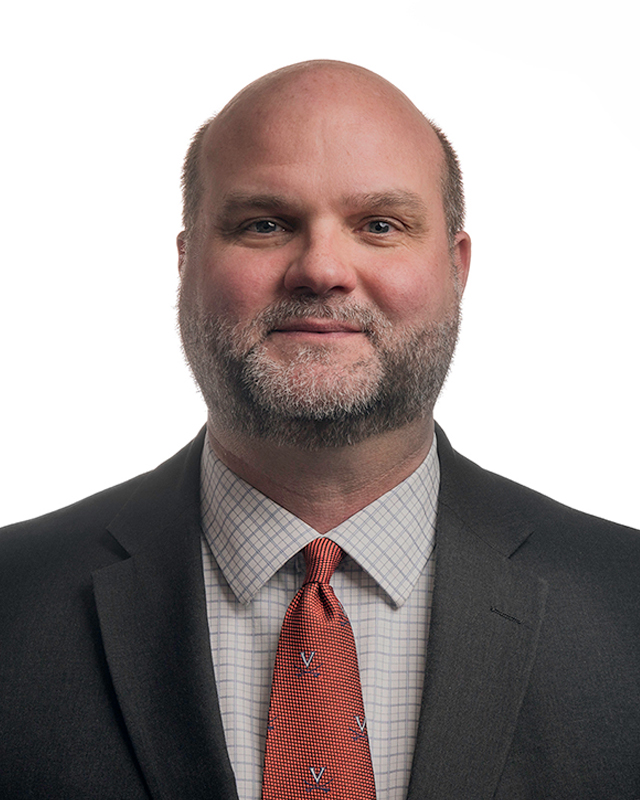 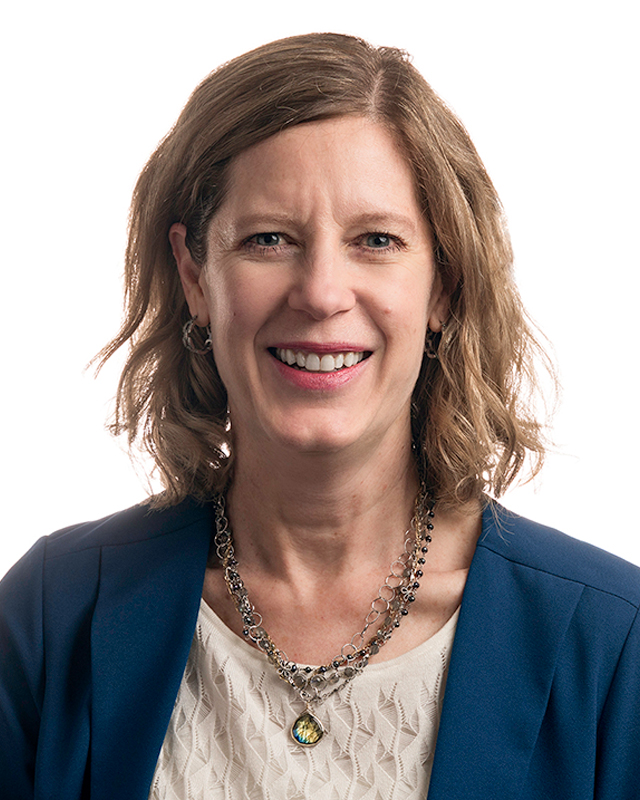 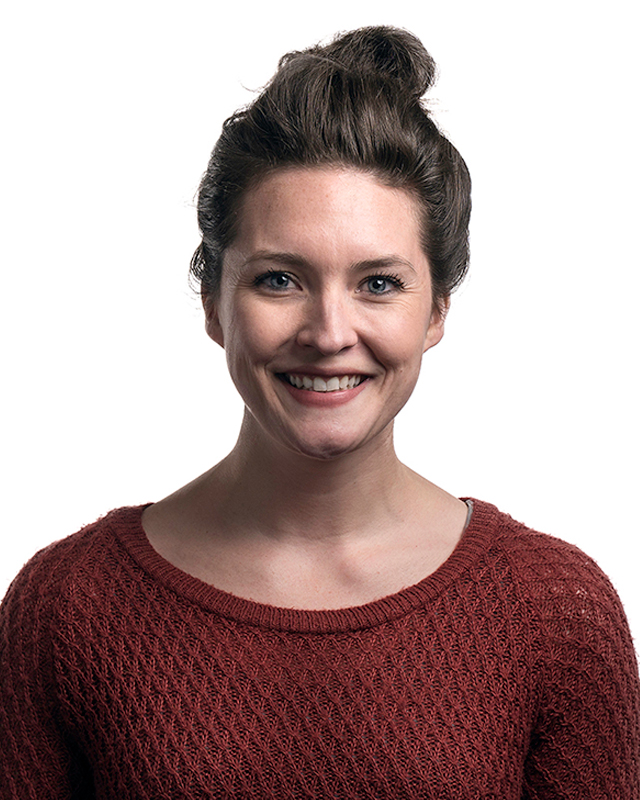 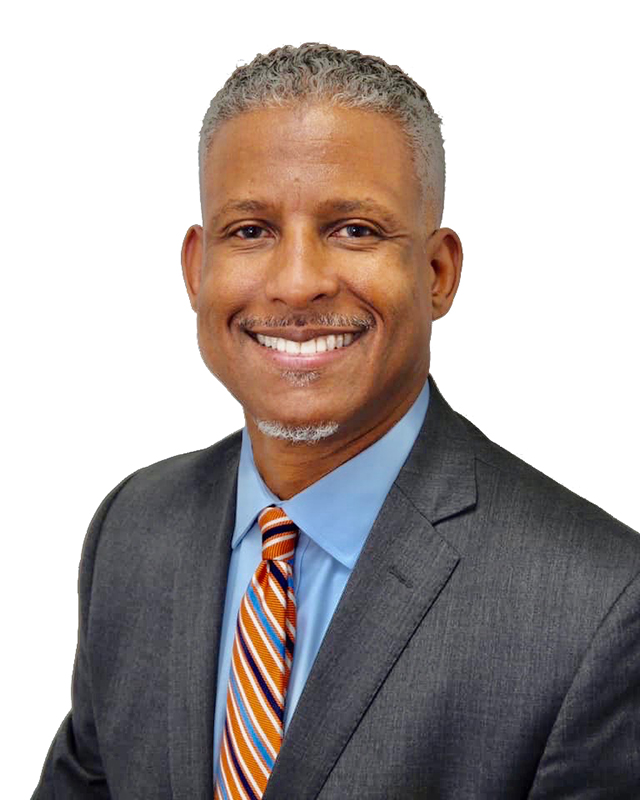 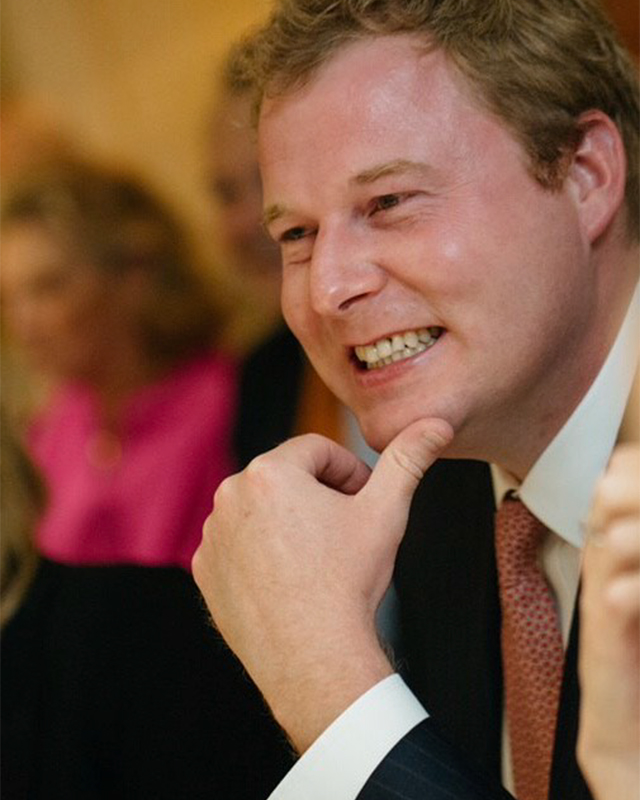 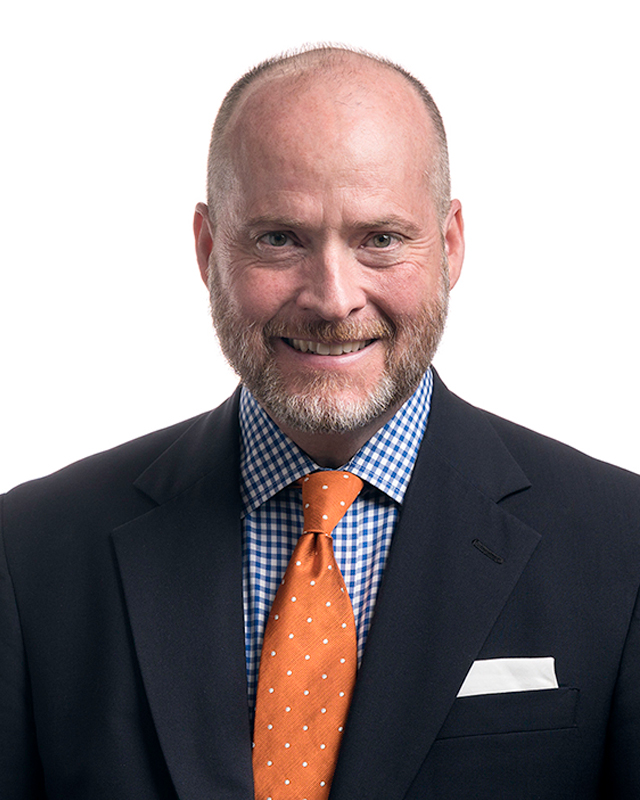 
Michael Straightiff, President - Michael P. Straightiff serves as Executive Director of the UVA Licensing & Ventures Group (LVG) where is responsible for the technology transfer and commercialization of all University of Virginia owned intellectual property. Prior to joining UVA, Michael was the Director of Biomedical Engineering Commercialization for the Technology Transfer Office at Case Western Reserve University, where he earned a Bachelor of Science in Biomedical Engineering and an MBA. He also holds a Master of Public Policy from George Mason University. Michael joined the Foundation Board in 2019 and is also a member of the UVA Children’s Hospital Advisory Board, and sits on oversight committees for the Wallace H. Coulter Translational Research Partnership and the Commonwealth’s integrated Translation Health Research Institute of Virginia (iTHRIV). Michael lives in Albemarle County with his wife, Emily and their two daughters.

Carolyn Betts, Vice President - Carolyn has lived in Charlottesville since 1986 and practiced commercial Real Estate brokerage for the past 14 years. Prior to entering the real estate field, she served on the board of the Charlottesville-Albemarle SPCA and spear headed the capital campaign for the multi-million dollar facility plus served as it's Executive Director. She presently serves on the boards of the ACPD Foundation and the North Charlottesville Business Council.

Carolyn graduated from Emory University with a BSN and has two grown sons and three grandchildren and lives with her veterinarian husband in Earlysville, VA.

Kate Kaminski, Executive Director - Kate joined the Foundation as the Executive Director in 2019. Previously, Kate served as a Senior Contract Negotiator with the UVA School of Medicine and also as the Director of Legal and Policy Services for the Virginia School Boards Association.

A native of Chicago, Kate has spent most of her life in Albemarle County, staying here after graduating from UVA, with only a brief hiatus to attend graduate school in Richmond.

Matthew A. McLearen, CPA, CFE, Treasurer - Matt is the Managing Director of Robinson, Farmer, Cox Associates, a Certified Public Accountant licensed to practice in Virginia and a Certified Fraud Examiner.

Matt's practice includes extensive income tax preparation and consultation for individuals, trusts and a variety of business entities. Matthew received his Bachelor of Science in Business (Accounting) from Virginia Tech. Matt joined the Foundation Board in 2019.


Catherine Hughes, Secretary - Catherine is the Executive Director of Support Services at Sentara Martha Jefferson Hospital where she has been employed since 2004. Her areas of oversight include the Outpatient Surgery Center, Patient Satisfaction, Food Service, Housekeeping, Maintenance, Volunteer and Guest Services, Transportation, and Retail Services.

She is married with two daughters and lives outside of town in the Blue Ridge Mountains where she enjoys spending as much time outside as possible. Catherine joined the Foundation Board in 2014 and truly enjoys working to support our brave men and women of the ACPD.

Olivia Branch is a native of Albemarle County. She has worked in fundraising and marketing in the Charlottesville community for over 25 years. She has served(s) on Board of Directors with Charlottesville Regional Chamber of Commerce, Paramount Theater of Charlottesville, Music Resource Center, Piedmont Virginia Community College Foundation Board, Light House Studio, Albemarle County Rotary Club, Farmville Chamber of Commerce, is a member of Pantops Community Advisory Council, and UVA Health Systems Patient Advisory Forum. Olivia was appointed by Governor Terry McAuliffe to the State of Virginia Board of Directors for Recreational Facilities in 2017.

Olivia works as Member Relations Coordinator with Keswick Club and Local and Regional Public Relations for Lockn’ Music Festival. She enjoys live music, yoga and exploring the many walking trails in the area.


David Hilliard - David Hilliard is a native of Charlottesville, Virginia. He holds a Bachelor of Science degree from Washington College in Chestertown, Maryland. He also earned an accreditation from The Erickson School of Aging for Management and Operations of Senior Housing and Care.

David began his professional career on Wall Street on the investment side in Institutional Sales/Equities with Donaldson Lufkin Jenrette and was also a Managing Director at Wachovia Bank. In 2000, he began working in the healthcare industry as an Investor/Advisor for Shelburne Bay Senior Living in Shelburne, Vermont. In 2007, he founded Piedmont Senior Living for the purpose of developing The Lodge at Old Trail, which opened in May of 2012. The Lodge at Old Trail offers independent living, assisted living, and memory care.

Brian Johnson - Brian Johnson is an attorney in the Charlottesville office of Woods Rogers PLC. He handles a wide variety of commercial real estate matters for his clients. In addition to his real estate practice, he focuses on assisting startups, entrepreneurs, and privately-held companies with their transactional needs, including mergers and acquisitions, joint ventures and capital raises.

Brian is on the advisory board of the Salvation Army of Charlottesville and a board member for the nonprofit Charlottesville Tom Sox, a summer league for collegiate players.

Valerie is a local real estate and land use attorney with Williams Mullen and chairs the firm’s Land Use practice group. She helps landowners with commercial real estate transactions and regularly guides clients through the intricacies of obtaining local government land use approvals for a wide variety of projects. Valerie has a BA in political economy from Tulane University, and a JD from the University of Virginia School of Law. She is a past chairman of the board of the Charlottesville Regional Chamber of Commerce and served for many years on the board of United Way Thomas Jefferson Area. Valerie joined the ACPD Foundation in 2015, lives in Crozet with her husband and two sons, and is an avid runner.

Emma is a graduate of the William & Mary Mason School of Business where she studied Marketing and Entrepreneurship. She is currently the VP of Business Strategy & Development at Opia Labs, a Charlottesville-based software development and consulting firm.

Outside of work, she is an avid crossfitter, wife to Charlottesville native Bryan Stinnie, and new mother to a beautiful baby boy, Makai. Emma joined the ACPD Foundation in 2017.

Randle Pollard - Randle is a tax attorney with the firm of OGLETREE, DEAKINS, NASH, SMOAK & STEWART, P.C. Randle has extensive legal experience in state and federal taxation as well as serving as a Professor or Business Law and Taxation at various law schools throughout the country. Among his many leadership positions, Randle also served as a member of the State Board of Education of Indiana.

Randle earned his B.S. degree from Hampton University and his J.D. and Master of Laws in Taxation from Georgetown University. A native of Wisconsin, Randle recently settled in Charlottesville with his wife and twin boys and joined the Foundation Board in 2020.


D. French Slaughter D. French Slaughter is a native of Albemarle County and is deeply rooted to the area. Currently, D. French is a member of the Innovation and Strategy group at the University of Virginia Health System. Prior to moving back to Charlottesville, D. French spent several years in New York as a healthcare investment banker focused on mergers and acquisitions, capital raises and restructuring transactions.

D. French received a B.A. in history from the University of Virginia and remains involved with the University through the Jefferson Scholars Foundation. In his spare time, D. French enjoys hunting, fishing and spending time with his family.


Michael Terry Albemarle native, Michael (Mike) Terry, is a Realtor with Nest Realty in Charlottesville, VA. Mike holds a Bachelor of Science from Radford University and a Master of Education from UVA’s Curry School. Prior to transitioning to real estate, Mike served as a professional development officer with Habitat for Humanity for three years, as well as UVA’s School of Medicine for six years.

Mike was drawn to the mission of the ACPD Foundation in part due to his love of Albemarle County, but he also serves to honor his cousin, a 35-year veteran of the Virginia State Police. Over the years, Mike has served with various local non-profits; Ducks Unlimited, SOCA, and most recently the board of UVA’s Madison House. Mike and his wife, Laura, are raising three sons in Ivy.